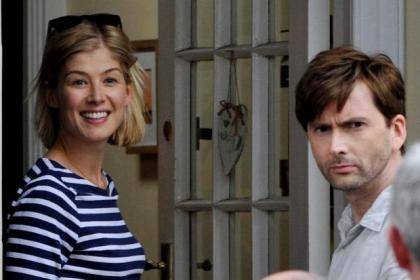 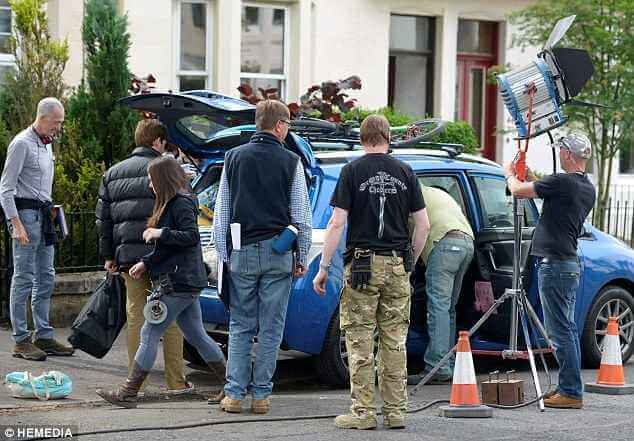 Our traditional pole tents’ timeless style and period character have proved a hit on a bigger stage too, with film and TV companies queuing up to use our to expertise to recreate scenes from days gone by.

In fact, one of our marquees is currently playing a starring role in a new blockbuster being shot in the beautiful Trossachs countryside.

Billy Connolly and David Tennant are among the household names performing under Myreton canvas in “What We Did On Our Holiday”.

“David Tennant will star in the movie  What We Did On Our Holiday which will be released in the UK in 2014.

What  We Did On Our Holiday is written and directed by Andy Hamilton and Guy Jenkin (who wrote Outnumbered). The producer is David Thompson. The movie will be developed by Origin Pictures and backed by BBC Films. Lionsgate UK will distribute the movie.

The storyline is that a family, who are going through a tough time, undertake a road trip to Scotland for the grandfather’s 75th birthday but  encounter chaos along the way. The two harassed parents try to manage their three astute children.

What We Did On Our Holiday is based on characters from the UK TV  series Outnumbered but will not use that cast.

Filming started on 17th June and is expected to last for 7 weeks.”

But you don’t have to be a star to enjoy a vintage event in one of our marquees — although you’ll soon feel like one.

This website uses cookies to improve your experience while you navigate through the website. Out of these cookies, the cookies that are categorized as necessary are stored on your browser as they are essential for the working of basic functionalities of the website. We also use third-party cookies that help us analyze and understand how you use this website. These cookies will be stored in your browser only with your consent. You also have the option to opt-out of these cookies. But opting out of some of these cookies may have an effect on your browsing experience.
Necessary Always Enabled
Necessary cookies are absolutely essential for the website to function properly. This category only includes cookies that ensures basic functionalities and security features of the website. These cookies do not store any personal information.
Non-necessary
Any cookies that may not be particularly necessary for the website to function and is used specifically to collect user personal data via analytics, ads, other embedded contents are termed as non-necessary cookies. It is mandatory to procure user consent prior to running these cookies on your website.
SAVE & ACCEPT